The Child Exploitation and Online Protection (CEOP) Centre is dedicated to eradicating the sexual abuse of children. The CEOP Centre is part of UK policing and very much about tracking and bringing offenders to account either directly or in partnership with local and international forces.

To report abuse to the CEOP Centre, click on the icon below: 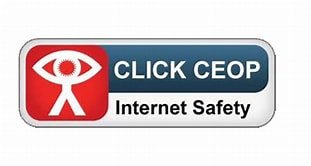 The Child Exploitation and Online Protection Centre (CEOP) work with safeguarding and child protection partners across the UK and overseas.

It protects children from harm online and offline with a focus on child sexual exploitation and online protection issues.

If you work with children and young people or are a parent and want to know more about keeping children safe online, you can use CEOP’s Thinkuknow education resources.

If you are worried that someone has acted inappropriately towards your child or another child you may know or work with, you can report this. This may include things like sexualised chat, being asked to meet up, or being asked to do something that made the child feel uncomfortable.

Any member of the public – whether a child, parent or professional – can report a concern about child sexual abuse or online exploitation to our CEOP safety centre. All reports are assessed and responded to by CEOP’s specialist Child Protection Advisors. If a police response is necessary, it would be conducted in partnership with your local police force.

Please remember that if a child or young person is in immediate danger then always call 999. 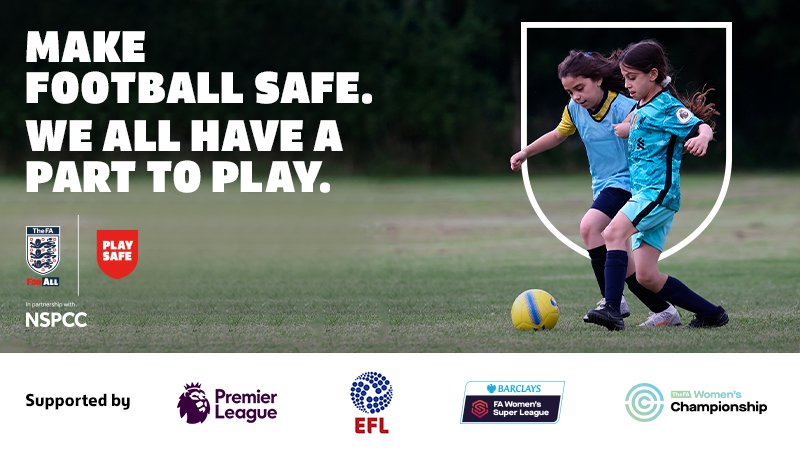 The Kent FA has also published its new safeguarding strategy, which sets out a joined-up ambition to build an ever-safer culture at every level of football in this country and details how this will be achieved over the next three years.

Fleetdown United Football Club is lending its full support to Play Safe – a national FA-led campaign to raise awareness of the importance of safeguarding in football.

Play Safe is being run in partnership with the NSPCC and has the full backing of the Premier League, EFL, Barclays FA Women’s Super League and the FA Women’s Championship. It’s also supported and being run across every other level of the game.

The main element of Play Safe is a series of short films which emphasise the importance of clubs such as ours having safeguarding as an everyday reality. The films also explain to parents/carers and children themselves know what to do if they feel unsafe or worried, because nothing matters more than making sure football is safe for everyone, especially children and young people. You can see these films below.

“As a youth team coach, I will be working with my club to ensure we support the Play Safe messaging,” says FA Chief Executive Mark Bullingham. “I am also pleased that the campaign has the support of the former footballers with lived experience of abuse in football, who are on our Survivor Support and Safeguarding Advisory Group. The Group has collectively said:

“Learning from the past is crucial, so that we can prevent the horrific experiences that happened to us and so many others in football, from happening again.

“As a group of survivors, we fully support the ethos and important messages that Play Safe conveys – whether to club officials, parents/carers and or vitally, children and young people themselves. Equally important is that Play Safe is not a one-off campaign – it will be used at key points in the football calendar to remind everyone in football, that children’s welfare and keeping them safe, should be at the heart of all that we do.”

As the Survivor Group points out, you’ll see Play Safe appearing at various points throughout the season to keep safeguarding front of mind in football. Together, we want to do everything we can so everyone – particularly children and young people – has a consistently positive experience of our great game.

Fleetdown United Football Club acknowledges its responsibility to safeguard the welfare of every child and young person who has been entrusted to its care and is committed to working to provide a safe environment for all members. A child or young person is anyone under the age of 18 engaged in any club football activity. We subscribe to The Football Association’s (The FA) Safeguarding Children – Policy and Procedures and endorse and adopt the Policy Statement contained in that document.

The key principles of The FA Safeguarding Children Policy are that:

We acknowledge that every child or young person who plays or participates in football should be able to take part in an enjoyable and safe environment and be protected from poor practice and abuse. Fleetdown United Football Club recognises that this is the responsibility of every adult involved in our club.

Fleetdown United Football Club has a role to play in safeguarding the welfare of all children and young people by protecting them from physical, sexual or emotional harm and from neglect or bullying. It is noted and accepted that The Football Association’s Safeguarding Children Regulations (see The FA Handbook) applies to everyone in football whether in a paid or voluntary capacity. This means whether you are a volunteer, match official, helper on club tours, football coach, club official or medical staff.

We endorse and adopt The FA’s Responsible Recruitment guidelines for recruiting volunteers and we will:

All current Fleetdown United Football Club members working in eligible roles, with children and young people – such as managers and coaches are required to hold an in-date FA accepted Enhanced CRC with Barring List check as part of responsible recruitment practice.

If there are concerns regarding the appropriateness of an individual who is already involved or who has approached us to become part of Fleetdown united Football Club guidance will be sought from The Football Association. It is noted and accepted that The FA will consider the relevance and significance of the information obtained via the CRC Process and that all suitability decisions will be made in accordance with legislation and in the best interests of children and young people.

Fleetdown United Football Club supports The FA’s Whistle Blowing Policy. Any adult or young person with concerns about an adult in a position of trust with football can ‘whistle blow’ by contacting The FA Safeguarding Team on 0800 169 1863, by writing to The FA Case Manager at The Football Association, Wembley Stadium, PO Box 1966, London SW1P 9EQ, by emailing Safeguarding@TheFA.com or alternatively by going direct to the Police, Children’s Social Care or the NSPCC.

Fleetdown United Football Club encourages everyone to know about The FA’s Whistle Blowing Policy and to utilise it if necessary.

We acknowledge and endorse The FA’s identification of bullying as a category of abuse. Bullying of any kind is not acceptable at our club. If bullying does occur, all players or parents/carers should be able to tell and know that incidents will be dealt with promptly. Incidents need to be reported to the Club Welfare Officer in cases of serious bullying the CFA Welfare Officer may be contacted.

Respect codes of conduct for Players, Parents/Spectators, Officials and Coaches have been implemented by Fleetdown United Football Club. In order to validate these Respect codes of conduct the club has clear actions it will take regarding repeated or serious misconduct at club level and acknowledges the possibility of potential sanctions which may be implemented by the County FA in more serious circumstances.

Reporting your concerns about the welfare of a child or young person. Safeguarding is everyone’s responsibility if you are worried about a child it is important that you report your concerns – no action is not an option.

1.If you are worried about a child then you need to report your concerns to the Club Welfare Officer.

2.If the issue is one of poor practice the Club Welfare Officer will either:

3.If the concern is more serious – possible child abuse, where possible, contact the CFA Welfare Officer first, then immediately contact the Police or Children’s Social Care.

4.If the child needs immediate medical treatment take them to a hospital or call an ambulance and tell them this is a child protection concern. Let your Club Welfare Officer know what action you have taken, they in turn will inform the CFA Welfare Officer.

5.If at any time you are not able to contact your Club Welfare Officer or the matter is clearly serious then you can either:

The FA’s Safeguarding Children Policy and Procedures are available via – www.TheFA.com/football-rules-governance/safeguarding – click on ‘Raising Awareness – Best Practice Downloads’, the Policy and Procedures document is within the resources area. The policy outlines in detail what to do if you are concerned about the welfare of a child and includes flow diagrams which describe this process. How to make a referral is also covered in the Safeguarding Children workshop. Participants are given the opportunity to discuss how this feels and how best they can prepare themselves to deal with such a situation. For more information on this workshop contact your County Welfare Officer.

Further advice on Safeguarding Children matters can be obtained from: